Changing of the Guard

Changing of the Guard 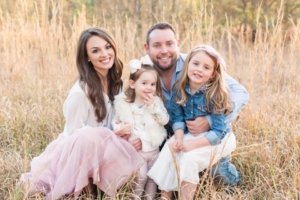 It is clear that in the life of Youth-Reach there are clear seasons, and a season at Youth-Reach Gulf Coast has come to an end. After months of prayer and consideration, Richard Crawford has tendered his resignation as our Director.

When Richard and Chelsea Crawford arrived to visit Youth-Reach over five years ago, the program was in desperate need of leadership and vision. The facility was in need of attention and the staff situation was dismal. There was just no way to make the situation look like a good prospect, but Richard and Chelsea saw what could be, and now what was.

There was a period of prayer before the board extended the job opportunity and before the Crawford’s felt the confirmation of the Lord that they were indeed being called to Summerdale to lead Youth-Reach Gulf Coast. Where we are today, compared to where we were then, is a clear testimony to the diligence that this couple brought to the job.

For several months now the Crawford’s have been sensing that a change of season was coming, and before the end of December the clarity they sought was apparent, and Richard called to communicate this to Curt Williams, our Executive Director. After informing the Board of Directors, his resignation was accepted.

Richard and Chelsea are diligently seeking the Lord’s direction for the next season for their family. All of us at Youth-Reach want to voice our appreciation for the service that the Crawford’s provided to this ministry, and to the many young men who benefited from Richard’s leadership.

Today, on the campus of Youth-Reach Gulf Coast, there is a strong staff, caring for some amazing young men who have willingly placed themselves into a very difficult process in hopes of reclaiming a lost future.

Our commitment to the rescue, discipleship and restoration of young men has never wavered, and it is clear that the Lord is blessing these efforts.Click To Tweet

We Are a Christian Ministry

We are a Christian ministry built on the foundation of God’s Word. We are not religious, but we take advantage of the power found in a relationship with Jesus to witness the healing of young lives. Firm, compassionate and balanced discipline coupled with clear and predictable boundaries are key elements in this transformation.

We Never Charge a Fee for Our Services

We never charge a fee for our services. We feel strongly that our services should be provided without a parent’s ability to pay the bill being a consideration. This work is not cheap, but we are committed to raising the support so our assistance to families can be offered free of charge.

We Are a Long-Term Solution

We are a long-term solution for the kids that need long-term care. A young man can stay at Youth-Reach for as long as they need a home and continue to make progress. If a guy is in need and remains teachable, they may stay, gain a high school diploma, and leave Youth-Reach for college, or even better, the mission field.

We are legitimate in every way. We are a recognized 501(c)3 non-profit organization and perform yearly independent audits. Our facilities meet or exceed all state and county health, fire and building codes.

We Work with Juveniles & Adults

We work with both juveniles and adults. We care for juveniles from age twelve to eighteenth birthday at our Houston campus, and for adult young males ages of eighteen to twenty-two here on our Summerdale, Alabama campus.

“I was strung out in a mental hospital. I had no where to go but to Jesus and thank the Lord for this place called Youth-Reach Gulf Coast. It was the paradise – literally – that I was hoping for.”