The Power of Pursuit

Youth-Reach Gulf Coast is a family, not a program. This is Rian’s story of how he became a member of our family and a son of God. 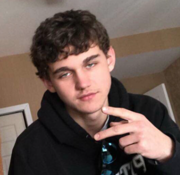 THIS IS RIAN THEN 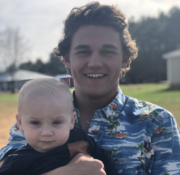 THIS IS RIAN NOW

After years of watching his son struggle with addiction, Rian’s father reached out to Youth-Reach Gulf Coast for help. They made the 16-hour journey from their home in Washington D.C. to Summerdale, Alabama and met with Executive Director, Curt Williams, Director, David Williams and another staff member to discuss the possibility of Rian becoming a resident. Rian refused saying, “There’s absolutely no way I’m coming here” and made the long drive back home.

A few days after returning home, Rian received the first of many encouraging text messages from David. He told Rian that there was hope and a better life waiting for him.

He continued to spiral downwards and after many contacts between Rian and David, Rian finally asked David if he could join the Youth-Reach family. At this point, his drug use was so bad that Rian’s father and David made arrangements to get him on a plane headed to Youth-Reach right away.
The first days were the hardest for Rian but the staff patiently cared for, ministered to, and provided the love and discipline he needed through them. After a few weeks, he packed his bags and was ready to leave. Staff member Tony Jackson intervened with a word of wisdom that caused Rian to unpack his bags and stay.

“Rian, have you ever built a cabinet? Before you apply a lacquer on a cabinet to make it pretty, you have to use sandpaper to make the surface smooth. You start with a course sandpaper and then slowly reduce the coarseness of the sandpaper. It does get easier, I promise,” said Tony.

For the next couple of months, Rian struggled through life at Youth-Reach, going through the motions with Bible classes and daily chores. He and a couple of other residents banded together making poor decisions that finally ended after a heart-to-heart conversation between Rian and David.
The guys were all watching the World Cup together, when David came in and confronted him about his behavior. “Rian, your whole life you’ve been chasing a feeling. Feelings lie,” he explained. “You’re going to be miserable. There are going to be days when you simply don’t feel it and that’s when you have to press in.”

That day, July 8th, 2018 (exactly three months from his arrival), was the turning point for Rian. He didn’t want to just survive anymore, he wanted to thrive. He began making a genuine personal investment in learning how to become a strong man of God. 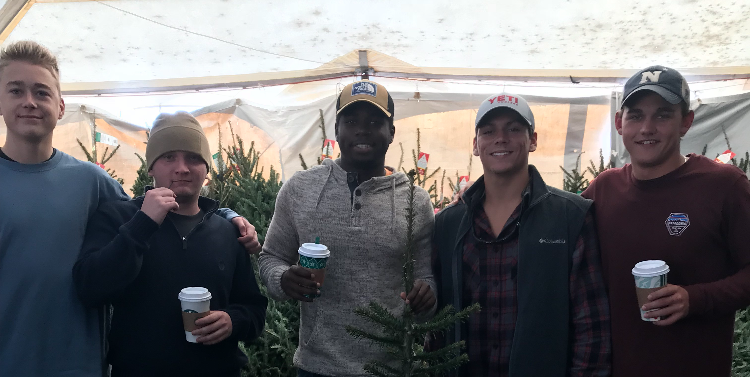 “September 17th, 2018 is when the Lord became abundantly real to me,” said Rian. “It was right before the six month mark during a Bible study with Pastor BroDon Park. That day’s teaching was on Adam and Eve and what the fig leaves represented – hiding from the Father and hiding our shame. BroDon told us that Jesus came to pull us out of hiding to let Him love you. I was born again that day.”

Rian and the Youth-Reach staff celebrated his graduation from Youth-Reach in April 2019. After a brief visit home, and feeling the pressure of being home in his old environment again, Rian decided that the best thing for him and a way to give back all that had been invested in him was to return to Youth-Reach as an intern. He served in that capacity for six-months before being offered a five-year electrician apprenticeship from the Local 26 Labor Union in Washington D.C.
Today, he is preparing for his career as an electrician and continues to follow the principles of Biblical manhood he learned at Youth-Reach. No longer is he a troubled, addicted, and hopeless boy but is now a healed and whole man who understands the power and love of Jesus Christ.

“For I know the plans I have for you,” declares the LORD, “plans to prosper you and not to harm you, plans to give you hope and a future.” ~Jeremiah 29:11