Keith and Phyllis’ Story >> Praying Parents of a YRGC Resident

Keith and Phyllis’ Story >> Praying Parents of a YRGC Resident

“It was a tough time with Austin. He’d gotten in trouble and we knew we were at a crossroads,” says Phyllis Smith.

It was 2014 and Keith and Phyllis Smith were coming to terms with their son’s self-defeating behavior. Austin had been arrested for being the driver of a car with marijuana in the back seat. In the middle of the night, Austin was taken to a holding center and his parents were called.

“We knew he was heading in the wrong direction — had no direction, frankly – and this was the first flag that he had problems and was headed nowhere,” Keith recalls.

Austin borrowed money to retain a lawyer who was able to get him into a Pre-Trial Intervention program giving first-time offenders six months to meet certain requirements and have their records wiped clean. But because of his irresponsibility and poor choices, Austin failed to meet those requirements. With an upcoming court date and lawyer’s fees piling up, Keith and Phyllis became desperate.

Their prayers were filled with urgency, pleading with God for a rescue intervention for their son and asking their closest family and friends to do the same. They knew they were fighting a spiritual battle against a very real, spiritual Enemy.

A Powerful Answer to Urgent Prayers

Through a family friend, God miraculously opened the door for Austin to go to Youth-Reach Gulf Coast (YRGC). Keith and Phyllis prayed and fasted through Austin’s interview process as he answered questions from the staff counselors.

Although his court date was just a few days away, Austin wasn’t convinced that YRGC was where he wanted to be. His parents outlined the differences between the path he was currently on and the path YRGC might offer him. In a moving, heartfelt letter, Keith poured his heart out to his son. “Austin,” it began, “This letter is from dad. My heart is heavy and I am struggling in prayer as I write this…”

Just a couple of days before his court date, Austin decided to commit to YRGC for a year. “The judge felt that sounded like a wise thing to do,” Keith said, adding that she gave Austin some very pointed, yet respectful, remarks. The courts not only expunged Austin’s record, but they also cleared the Smiths’ court costs and attorneys’ fees. Phyllis adds, “That was an answer to prayer. I don’t know how it happened. It might have been a mistake, but it was another way the Lord showed us He was working.”

Nevertheless, leaving their son at YRGC was one of the hardest things they’ve ever had to do. “Even though he agreed to go, he was still very angry and anxious about what he was going to face,” Phyllis remembers. “The whole ride there, he didn’t speak one word to us. We knew it was the best thing for him, but it was so very hard.”

Later, when they visited him, they noticed Austin’s demeanor had shifted from anger to acceptance and later, to I-don’t-want-to-leave. Keith says, “It’s a real, true redemption process. Reminds me of [“The Star Thrower”], the character throwing starfish into the sea, saying, ‘I can’t save thousands, but I saved a few.'”

Keith and Phyllis were also encouraged when, after Austin’s graduation, a local businessman and YRGC supporter hired Austin and another graduate to work at his construction company. The man claimed, “If I could get more men like these two guys, I’d have no issues at all.”

When it comes to offering advice to other struggling parents, Keith and Phyllis recommend accepting that parents have very little influence on their children ages 18-22. “The influence is so much greater and more impactful when they see other young men, like David Williams (director of YRGC), living life out,” they say. Keith encourages, “Investigate YRGC and stay the path of getting your son to lower Alabama.” Phyllis adds, “That means lots of prayer. We took so much time to pray and ask God to help us.” She goes on…

“We knew YRGC was His answer to our prayers and then we had to pray for Austin’s heart to be softened and make the right choice. They don’t require any financial support and I love that. We are so grateful.”

There are many philosophical and spiritual “answers” for people struggling with addiction. However, we believe only relationship with the Creator changes hearts and gives true direction. Would you prayerfully consider partnering with us to help offer a path to restoration for more families like Keith, Phyllis and Austin? Your support allows our ministry to provide 24/7 life-changing services at no cost for young men ages 18-22 who desperately need Christ-centered help. Intensive Christian counseling, mentorship from living alongside Godly men, Bible teaching, life-skills training, educational opportunities and much more are provided to those who become a part of the YRGC family. Lives are restored, families are reunited and futures are redeemed. 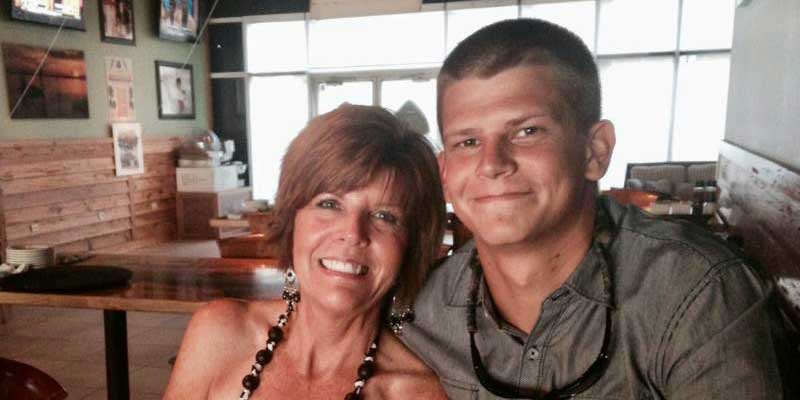 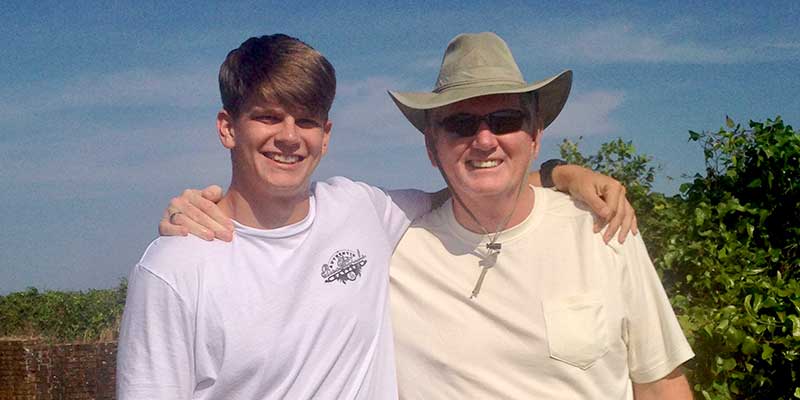