The Operations, The Purpose & The Minstry

Founded in 1984, Youth-Reach Gulf Coast (YRGC) is a non-profit Christ-centered home set on a beautiful 81-acre campus east of Summerdale, Alabama. This long-term, residential ministry is designed to remold the values and turn around the lives of at-risk young men, ages 18-22.

Set in the structure of a balanced family and home life, YRGC concentrates on developing character, responsibility and a strong work ethic. Facilitated by experienced, trained and respected counselors, our goal is to heal past wounds and restore families.

Residents and their families are never charged for the services offered and since change doesn’t occur automatically within a prescribed period of time, there are no limits on how long a resident can stay in the program.

From a Biblical perspective, the staff addresses the central issues that lead today’s youth to harmful actions such as drug addiction, promiscuity, rage and violence. Not only does YRGC facilitate emotional healing and healthy relationships, but practical skills for daily living as well, such as gardening, home care, auto maintenance, carpentry and personal hygiene.

The healing that occurs at YRGC reaches far beyond the lives of the residents. Families are restored and as these young men grow and become husbands and fathers, their wives and children also benefit from the important lessons these young men learn.

We Are a Christian Ministry

We are a Christian ministry built on the foundation of God’s Word. We are not religious, but we take advantage of the power found in a relationship with Jesus to witness the healing of young lives. Firm, compassionate and balanced discipline coupled with clear and predictable boundaries are key elements in this transformation.

We Never Charge a Fee for Our Services

We never charge a fee for our services. We feel strongly that our services should be provided without a parent’s ability to pay the bill being a consideration. This work is not cheap, but we are committed to raising the support so our assistance to families can be offered free of charge.

We Are a Long-Term Solution

We are a long-term solution for the kids that need long-term care. A young man can stay at Youth-Reach for as long as they need a home and continue to make progress. If a guy is in need and remains teachable, they may stay, gain a high school diploma, and leave Youth-Reach for college, or even better, the mission field.

We are legitimate in every way. We are a recognized 501(c)3 non-profit organization and perform yearly independent audits. Our facilities meet or exceed all state and county health, fire and building codes.

We Work With Juveniles & Adults

We work with both juveniles and adults. We care for juveniles from age twelve to eighteenth birthday at our Houston campus, and for adult young males ages of eighteen to twenty-two here on our Summerdale, Alabama campus.

Apply to the Program

What Our Program Graduates Are Saying

The work at Youth-Reach Gulf has been life-changing for thousands of young men. This intensive, residential program has helped these men develop and grow a relationship with Jesus, heal from emotional and spiritual wounds, gain valuable life skills and so much more! 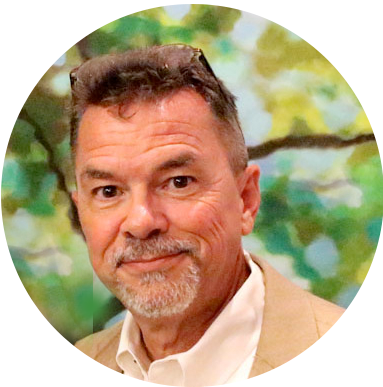 Since 1984, Youth-Reach Inc. has operated full-service residential facilities for troubled boys from the ages of 12 – 22. Originating in Houston, Texas, the program operates a 26-acre facility for juveniles (12-17) in Houston and for older youths (18-21) on our 81-acre campus in Summerdale, Alabama. Recognizing that homeless and troubled young men need more than just encouraging words, a greater need was identified: Something tangible had to be done. These high-risk guys need a structured and safe home, clear boundaries, wise guidance, and an infusion of hope.

Few of the young men who come to Youth-Reach have the resources or financial support to pay for all that they need. They need long-term assistance and the options are few, as most residential programs staffed and structured like Youth-Reach costs thousands of dollars a month. This is why, to this day, Youth-Reach is dedicated to providing excellent care at no charge.

In November of 1984, our Founder and Executive Director, Curt Williams, took the first kid off of the streets and into his home. Then in 1985, Williams formally chartered Youth-Reach and moved the kids into a home in east Houston. Working alongside a dedicated board of directors, Curt worked to have this property licensed to operate as a long-term residential foster care home for troubled or delinquent juvenile boys. Originally from Mobile, Curt has always had a strong desire to see the work that the Lord began in Houston be replicated here in south Alabama.

In late 2002 Officer Billy Berrey of the Gulf Shores, Alabama Police Department was encountering an increasing number of juvenile boys and young men who were in trouble, addicted, and living in dangerous conditions. Though the Gulf Shores area is a resort community, the number of kids in trouble was much higher than the national average. It seemed as though the money and the allure of the beach lifestyle had masked the fact that this community was losing their sons at an alarming rate to suicides, alcohol-related deaths, murders and foolish accidents.

Officer Berrey had long known of an effective program in Houston that was founded by his friend Curt Williams. Billy contacted Curt, asking if there were beds available for kids from Baldwin County. That year, the first boy was transported from south Baldwin County to Houston, Texas where he was admitted into Youth-Reach Houston.

From 2002 until 2011, over one hundred Alabama boys found their way to Houston. In fact, for a six-year period, boys from Mobile and Baldwin Counties occupied 65% of the beds at Youth-Reach Houston.

In 2005 a group of ministers, businessmen, law enforcement officers and city officials traveled to Houston to see the program first hand. What they saw there made an impression on them, and soon it was determined that what was needed was a Youth-Reach program in south Alabama to serve the needs of troubled boys from this area. A group of men came together and secured the 81-acres of land that we operate on today. Soon thereafter, Joe Raley Builders constructed our office building, Christian Life Church of Orange Beach constructed our Stage One home, First Baptist Gulf Shores constructed our Stage Two home, Oyster Bay Baptist in Bon Secour constructed our laundry facility, and Benchmark Homes constructed and donated two staff homes. Countless companies and individuals contributed funds and materials, and volunteers and area craftsmen provided much of the manpower free of charge. (In 2014, Benchmark Homes constructed their third staff home on the Youth-Reach Gulf Coast campus) In December of 2008, Youth-Reach Gulf Coast opened the doors and received the first residents.

Join the Mission of Changing Lives through Building Strong Men